ZINGA for galvanizing boats and piers!

Why is it ideal for marine applications?

ZINGA does not peel off and is not brittle.  In case of mechanical damage, from impact, the ZINGA layer will be compressed or squashed, but it will not crack due to its flexibility.

If you couple ZINGA with a top coat, such as PU Tarfree MIO, the protection level increases!  PU Tarfree MIO ( magnetic iron oxide particles ) is a moisture curing one pack polyurethane paint.  It is ideally suited for applications such as boat hulls and other objects submersed in water. It has extremely high resistance to salts, especially chlorides, and water penetration. 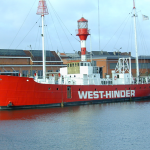 Westhinder Lightship – Belgium
“Above the water line, 1 x 80 μm ZINGA was applied, overcoated with 2 C Epoxy Sealer MIO and Uretex Navy.   The same system was used under the water line, with an additional anti-fouling layer.” 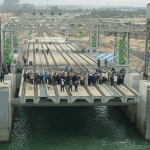 Yuehai Passage Train Ferry Pier – China
“Two coats of ZINGA as primer, followed by 2 coats of AQUAZINGA as topcoat, were applied on the steel structured protection columns along the south and north piers.  The columns are constantly immersed in sea water and function as bumpers to absorb force impacted by the vessels when docking at the pier.” 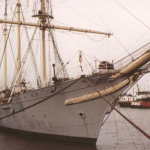 Mercator Sailing Ship – Belgium
“The ship is located in the docks with other sailing ships, all year long. The pH and the aggressive character of this kind of water is very high.  These pictures were taken in 1986 when the sailing ship Mercator was coated with ZINGA. The association that owns the ship is very satisfied with the result.” 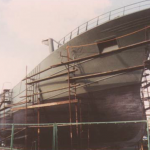 De Graeve Shipyards – Belgium
“In 1980 they had their first experience with ZINGA and they have continued to use this system ever since, not only for repair and maintenance, but also for new constructions of over 30 vessels.” 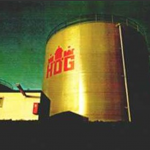 Strom Harbour Company – Hamburg, Germany
“The tank was evaluated after 10 years. The coating system was still in a perfect condition.” 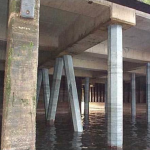 Killysbegs Immersed Peir Legs – Ireland
“In July 2003 SGS Axa-Med has done the first official inspection of the pier legs after 3 years of service. There was no significant change in the layer thickness of the ZINGA. Some minor repair work had to be done on piles that had received an insufficient surface preparation at the time of the application on areas that were difficult to reach.” 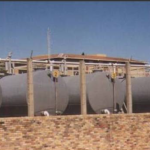